If you're a church-goer, you're more familiar with stained glass windows. These pieces make up a large percentage of religious artwork and depict scenes from the Bible and important religious figures. They were photographs of their time: a historical record of events important to all, which was important because most of the population was illiterate. Stained glass artwork has a long and interesting history, dating back to the beginning of the last millennium.

Alas, the first of these windows is lost in history, and their origin can only be debated. Mosaic and jewelry makers are credited with developing the technology that created the art of stained glass, as we know it, which originated during the rise in church construction. Although stained glass has been produced since the days of the Egyptian and Roman empires, when it comes to manufacturing small, stained glass objects, both outpaced the others. if you’re looking for glass art supplies then you may visit, Art Glass Supplies. 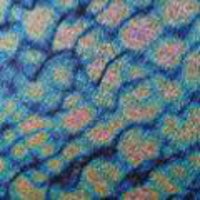 Stained glass reached its peak in the Middle Ages. This served two purposes: 1. It was beautiful to look at and 2. Since most citizens could not read the Bible, window art served as television by depicting events to the illiterate. Fragments from this era are known as the "Poor Man's Bible". This trend continued into the Gothic era when architectural design forced the windows to be larger, giving artists more canvas to work on.

The style did not change much through the Renaissance, but the French Revolution and Reformation saw the destruction of many windows, which were replaced with plain glass. The getaway made traditional methods of stained glass work forgotten until the early 19th century when the Catholic revival renewed interest and many works were restored.

The revival spread across Europe, particularly in Britain and France. During the same period, John La Farge and Louis Comfort Tiffany developed and received patents for using opalescent glass to create a new form of stained glass windows, and the process expanded to lamps, art, and other pieces.